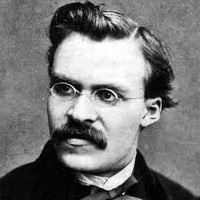 Unfavourable Conditions are Essential for Success

A species originates, and a type becomes established and strong in the long struggle with essentially constant unfavourable conditions. On the other hand, it is known by the experience of breeders that species which receive super-abundant nourishment, and in general a surplus of protection and care, immediately tend in the most marked way to develop variations, and are fertile in prodigies and monstrosities (also in monstrous vices). Now look at an aristocratic commonwealth, say an ancient Greek polis, or Venice, as a voluntary or involuntary contrivance for the purpose of rearing human beings; there are there men beside one another, thrown upon their own resources, who want to make their species prevail, chiefly because they must prevail, or else run the terrible danger of being exterminated.
The favour, the super-abundance, the protection are there lacking under which variations are fostered; the species needs itself as species, as something which, precisely by virtue of its hardness, its uniformity, and simplicity of structure, can in general prevail and make itself permanent in constant struggle with its neighbours, or with rebellious or rebellion-threatening vassals. The most varied experience teaches it what are the qualities to which it principally owes the fact that it still exists, in spite of all Gods and men, and has hitherto been victorious: these qualities it calls virtues, and these virtues alone it develops to maturity. It does so with severity, indeed it desires severity; every aristocratic morality is intolerant in the education of youth, in the control of women, in the marriage customs, in the relations of old and young, in the penal laws (which have an eye only for the degenerating): it counts intolerance itself among the virtues, under the name of «justice». A type with few, but very marked features, a species of severe, warlike, wisely silent, reserved, and reticent men (and as such, with the most delicate sensibility for the charm and nuances of society) is thus established, unaffected by the vicissitudes of generations; the constant struggle with uniform unfavourable conditions is, as already remarked, the cause of a type becoming stable and hard.

Friedrich Nietzsche, in 'Beyond Good and Evil'